Humor Nation Make The World Smile
Home TV How Well Do You Know Bonnie Bennett From The Vampire Diaries?

Welcome back to Humor Nation. Bonnie Bennett is considered by many as the most powerful witch in the TVD Universe. She has proven herself to be a loyal friend who always came through for her friends. Through out the eight seasons, she has sacrificed plenty for the sake of her family and benefits. Bonnie has been close friends with Caroline and Elena. Undoubtedly, she is one of the most compassionate, selfless, and friendly character who suffered a lot for the happiness of others. In the pilot episode, she learns that she comes from a long lineage of witches. At first, she dismissed her granny believing that she’s crazy, but when she starts experiencing strange and supernatural things around her, she starts believing about her witch name.

How Well Do You Know Caroline Forbes From The TVD Universe?

She started learning magic on her own which is impressive considering every powerful witch that we have seen in the TVD Universe has learned magic from someone. Although, whenever Bonnie encountered some difficulty with her abilities, she would visit her granny who not only taught her spells, but also told her about their family’s history. In Season 1, when Elena and Bonnie gets kidnapped, Granny along with Stefan, helps them both. She also uses her magic to open the sealed tomb, but the spell took an immense amount of power from her, resulting in exhaustion, and she ultimately passed away. Bonnie was left devastated and this resulted in her taking magic extremely seriously. Bonnie has been besties with Elena since they were kids, they considered each other sisters.

However, their friendship suffered a blow when the Salvatores and Elena became an indirect cause of the death of grams. They would make up, but their friendship suffered another rough patch when Elena who had her humanity turned off almost killed Bonnie. But Bonnie would forgive Elena knowing that she wasn’t herself. In Season 6, Kai would link the lives of Elena and Bonnie together in such a way that waking up Elena from the coma would cause Bonnie’s death. The Salvatores and everyone refused to kill Bonnie for Elena. Ultimately, Elena is securely placed in the Salvatore crypt while everyone move on with their lives. In the final episode of TVD, Bonnie found a solution to the spell and managed to bring back Elena who was reunited with everyone.

So Take The Quiz And Find Out How Well Do You Know Bonnie Bennett From The Vampire Diaries?

How Well Do You Know Bonnie Bennett From The Vampire Diaries?

You think you are a crazy fan of The Vampire Diaries and know everything about all the characters? Take this quiz to test your knowledge of Bonnie Bennett. 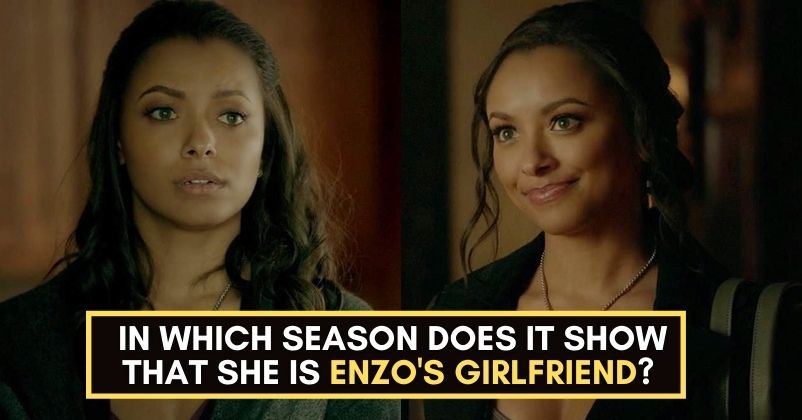