Humor Nation Make The World Smile
Home TV How Well Do You Know Cain From Lucifer?

Welcome back to Humor Nation. Cain is the firstborn son of Adam and Eve. He shared an antagonistic relationship with his brother Abel. They would often quarrel and fight. Their hatred reached to a point where they tried killing each other. Cain managed to overpower and kill his brother. However, this angered the God who marked Cain with a curse which made his immortal, unable to die, and spend eternity walking the earth. This curse made Cain suffer by experiencing all kinds of pain, but never truly dying. His body would heal automatically of all the wounds. We learn that it was Amenadiel who was tasked with the order to give the mark to Cain. Ever since then, Cain wanted the escape from his worldly life, but his mark couldn’t let him die. He tried all sorts of methods to kill himself, but nothing worked.

He would later meet and take a boy under his wing who would eventually become the Sinnerman. This Sinnerman was his right hand man who did all his bidding. Marcus Pierce makes his debut in the third season of Lucifer when he joined LAPD as the new Lieutenant.

Marcus Pierce is charming, intelligent, and commands respect from everyone. Despite himself being the first killer and the mastermind Sinnerman, Pierce hates crimes and people who engage in it. We saw him looking down on Dan. He can also be genuinely compassionate towards others. His feelings for Chloe were real which made him vulnerable. Even though his goal of finally becoming mortal and dying has been accomplished, but he decided to enjoy life instead of dying after his immortality was gone.

Even though Cain dies at the hands of Lucifer in the Season 3 finale. Since he felt guilty about killing Charlotte, he would go to hell as Lucifer suggests where he would be tortured by his guilt and haunting memories. But his actions led to a dominos effect that changed the lives of several characters. Because of him, Chloe is able to find out the truth about Lucifer which would affect their relationship. It was him who pulled the trigger causing the death of Charlotte, this led to Ella giving up her faith on God and Dan become distant from everyone and holding Lucifer accountable for the death.

So Take This Quiz And Find Out How Well Do You Know Cain From Lucifer?

How Well Do You Know Cain From Lucifer?

So you think you are a big fan of Lucifer and remember every tiny detail about all the characters? Take this quiz and check your knowledge about the character of Cain. 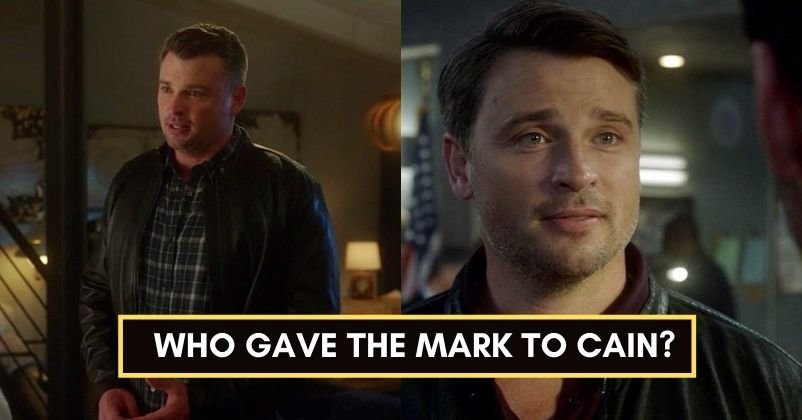