Humor Nation Make The World Smile
Home TV How Well Do You Know Choni From Riverdale?

Hello Readers! Welcome back to Humor Nation. Choni is the name given to the relationship between Cheryl Blossom and Toni Topaz. Their friendship progressed really fast and it was transformed into a romance quickly. These two never interacted on the show prior to the event of Drag Race. Cheryl replaced Toni as the flag girl during the drag race between Archie, Juggie, and the Ghoulies. Clearly, these two didn’t start off on the right foot, but as the show progressed these two manage to resolve their differences and became friends.

Riverdale Quiz: Who Kissed Who?

Toni has the honors of being the flag girl, but Cheryl believed that she is the one who deserves it. She was born for the moment. So she went down on the track and replaced Toni as the flag girl. This wasn’t a nice interaction at all, but their second interaction was even worse. When the Southside students are transferred to the Riverdale High, Cheryl demeans them. But later when Cheryl learns about the gruesome acts done by her great-great-grandfather Barnabas Blossom, he decides to take the Serpents side and stands with them in the protest.

Their friendship starts when Cheryl lashed out at the core four and Toni confronts her in a calm manner and is able to look beyond her defenses. Cheryl even lets her guard down and lets Toni see her pain and what lies beyond her evil facade that she portrays everyday in front of the society.

So Take This Quiz And Find Out How Well Do You Know Choni From Riverdale?

Choni is one of the cutest, hottest, and favorite couples on the Riverdale. Are you a fan? If yes, then take this quiz! 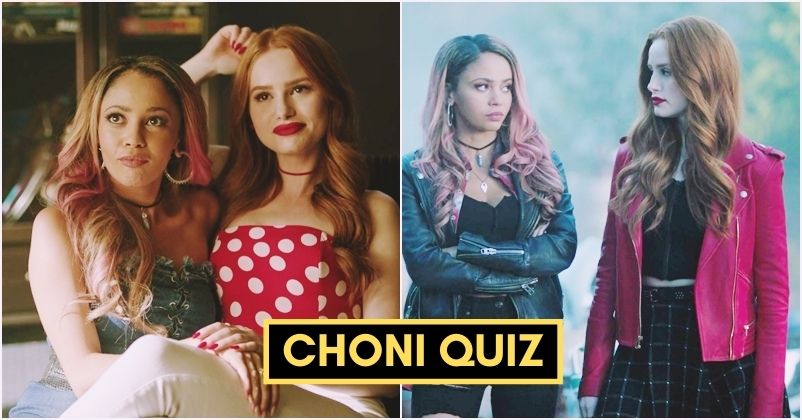