Humor Nation Make The World Smile
Home TV How Well Do You Know Choni From Riverdale?

Hello Readers! Welcome back to Humor Nation. Choni is the name given to the relationship between Toni Topaz and Cheryl Blossom on Riverdale. This relationship has progressed pretty fast, began as a friendship which quickly transformed into a romantic relationship. What’s more unexpected is that we are aware of the Cheryl’s general feelings towards the Southsiders of the Riverdale town, but she became really close with Toni. Unlike the other characters who have had history of interactions together, Toni and Cheryl first interacted at the Riverdale Drag Race where Cheryl became the flag girl and took the spot of Toni. Obviously the two didn’t start off in a great fashion, but they managed to resolve their differences.

How Well Do You Remember Heathers The Musical From Riverdale?

Toni was the one who was supposed to do the honors of the flag girl, but Cheryl told her she would be replacing her. She went to the center of the road and waved the flag which was a signal to start the race, but this signal was also spotted by the Sheriff Keller which then resulted in the ending of the event.

When Jughead, Toni, Fangs, and Sweet Pea are transferred to the Riverdale High after their Southside High School is closed, Veronica greets them. Helping them in their transition, informing them where they could get the required information. But Cheryl when arrives at the registration desk, she starts insulting the Serpents, She calls them the underachievers. Toni took offense to the words of Cheryl and confronted her, the two were going to face off, but Archie stopped them.

So Take This Quiz And Find Out How Well Do You Know Choni From Riverdale?

Some would say that Choni is the best Ship on Riverdale! But you are team Choni? YOU BETTER BE BECAUSE THIS QUIZ IS MADE FOR THEIR FANS! 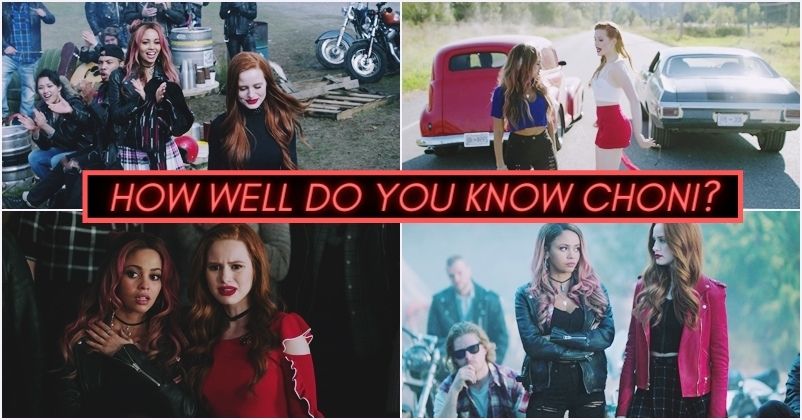