Welcome back to Humor Nation. The story of Supernatural is incomplete without Dean Winchester. Right from the moment, we were introduced to the character of Dean, we knew that he is humorous and expressive, and acts immaturely at times. This is in contrast with his brother Sam who is calculated and keeps himself reserved. Out of the two, Dean is the loyal soldier raised into the hunter’s life by his father, he would internalize the hunter’s life. Although he seemed to enjoy the life of Supernatural hunting more than a normal predictable life. Family is the number one priority for Dean. There’s no limit that he won’t cross in order to save his brother Sam. In Season 2, when he lost Sam, he made a deal in exchange for his soul to bring back Sam. In the Season 8 finale, he stopped his brother from closing the gates to the underworld because if Sam had done it, he would have lost Sam.

How Well Do You Know Season 15 Of The Supernatural?

Out of all the characters, Dean Winchester is the one with the most number of demises. Throughout the 15 seasons, he experienced his demise numerous times and in various ways. First, in Season 2, his soul was almost taken away by the reaper, but John saved him by making a deal. In the Season 3 episode ‘Mystery Spot’, the Trickster AKA Gabriel set a mystery loop in motion where Dean would meet his demise in different ways and Sam couldn’t do anything to stop it. In this episode, Dean would experience his demise more than 100 times. And in the Season 3 finale, his soul was dragged to the underworld by the hellhounds in Season 3. Interestingly, he is also the one character who has been resurrected the most times. Despite his demise, Dean would find his way back into the living anyhow. But his ultimate demise came in Season 15 while hunting a nest of vampires. Dean would then end up in heaven where he would eventually reunite with Sam.

While Sam and Dean are each other’s biggest strengths, they are also each other’s Achilles heel. As both of them are willing to do anything to save each other, this has resulted in them making decisions that proved to be worse, not just for them, but also for the world. Their blind love for each other has prevented them from doing the greater good at times.

Dean Winchester’s character is unique for numerous reasons. He has visited the most number of realms possible for a human on the show. He has been both an angel and a demon. He became Demon Dean due to the mark and served as a vessel for the Alternate Universe archangel Michael.

So Take The Quiz And Find Out How Well Do You Know Dean Winchester’s Taste In Movies And TV?

How Well Do You Know Dean Winchester’s Taste In Movies And TV?

Think you are a passionate fan of Dean Winchester? Think you have good knowledge about Dean's preferences and choices in terms of music and TV show? Take this quiz to test your knowledge. 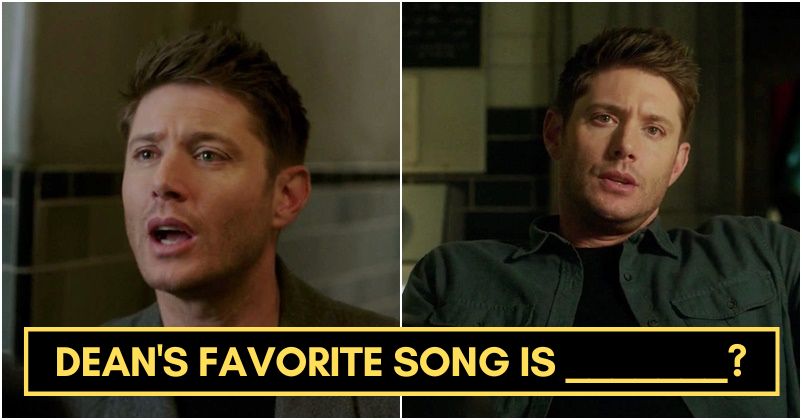