Humor Nation Make The World Smile
Home TV How Well Do You Know Marcel Gerard From The Originals?

Welcome back to Humor Nation. The history of Marcel Gerard is nothing sort of interesting. He was the second born son of the Governor and served as his slave. Klaus came across him when he was whipping, but a defiant Marcel threw an apple back at his oppressor. The bravery of Marcel impressed Klaus who killed the oppressor and took Marcel under his ring. At that time, Marcel had no name as his mother died before she could name him. Klaus gave him the name Marcellus which meant Little Warrior. Klaus saw a reflection of him inside Marcel and vowed to raise him like a son. During this time, Marcel would become a part of the Mikaelson family, he would also developed a crush on Rebekah and promised to marry her when he would get older.

He would live with the Mikaelson Family for almost a century before he enlisted himself in the WW1 against the wishes of Klaus. After returning from the war, he continued living with the Mikaelsons at the French Quarter compound. Marcel and Rebekah who loved each other extremely wanted to be together, but Klaus wouldn’t let them. In desperation, they summoned Mikael. With the arrival of Mikael, Klaus, Elijah, and Rebekah were forced to go on a run, leaving behind their city and kingdom. Mikael spared Marcel who would then become the new ruler of the city and leader of the Supernatural community.

When the Mikaelsons returned to town, the power struggle started which resulted in Marcel along with Rebekah challenged Klaus. But Klaus who is now a hybrid proved to be too powerful for the Marcel’s vampire army, Marcel was forced to submit and handed his throne to Klaus. Klaus offered him a chance to rule along with him.

Marcel would keep supporting Mikaelsons and assisted them in all their goals. Even when Strix arrived in Season 3, Marcel became a member of the Strix only to help Klaus from the inside. But with the deaths of Cami and especially Davina who could have been saved, he turned against the Mikaelsons. After Elijah ripped out his heart and threw him off the bridge, he made up his mind to make the Mikaelsons pay for all their sins.

So Take This Quiz And Find Out How Well Do You Know Marcel Gerard From The Originals?

Marcel Gerard who initially started as the main antagonist of the Originals during the early episodes of the show, but later we found out that he is a caring vampire who only wants peace and order....Take this quiz to test your knowledge of Marcel. 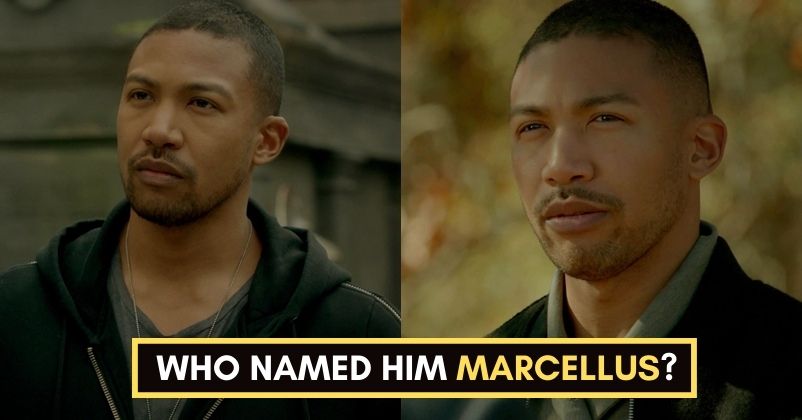