Welcome back to Humor Nation. Pop’s Chock’lit Shoppe is an iconic diner restaurant which is the heart of the town of Riverdale. We have seen the main characters of the show such as Archie, Veronica, Jughead, Veronica often hang out at this place to grab a bite or a drink, and most of times to discuss their strategy to come up with a solution for the problem that’s plaguing their lives. Now whether it’s a plan to take down the Black Hood or figuring out how to deal with Hiram Lodge. The diner was owner by Pop Senior, but his declining health resulted in Pop taking the reins of the diner in his hand. The Tate had been the owner of the diner for more than 80 years. But in Chapter 12: Nighthawks, we found out that the Lodge Industries took control of the diner from the Pop Tate. The diner was operating in a loss and Hiram Lodge seized the opportunity. However, he allowed Pop Tate to work and stay in the capacity of the manner. Later, however Veronica purchased the diner back from her dad.

Riverdale Quiz: How Would You Be Killed By The Black Hood?

Pop’s Chock’lit Shoppe remains open for 24 hours and it is a popular and common hangout place for the residents of the town. Pop Tate has been extremely loved and adored by the Riverdale residents. He has been working for years passionately and he accurately remembers the favorite order of his loyal customers. He wants to keep working at the diner until the day he dies. Pop takes really pride in his job and he loves doing his job and that’s how he has been doing it for such a long time. In Season 1 Finale, Fred Andrews was shot by Black Hood at the Pop’s which marked the beginning of a dark chapter in the lives of the Riverdale residents.

Pop’s Chock’lit Shoppe was originally established as Pop’s Soda Fountain and Corner Pharmacy and it was started by Pop Senior. At the beginning, it served only pop and ice cream. It was somewhere the year 1975-76 when Pop’s started facing strong competition from the Italian restaurant Luigi’s that Pop had to spend a lot of his savings money on an attractive neon sign to attract more customers.

So Take This Quiz And Find Out How Well Do You Know Pop’s Chock’lit Shoppe?

How Well Do You Know Pop’s Chock’lit Shoppe?

Pop's Chock'lit Shoppe is an iconic diner restaurant which is the heart of the town of Riverdale. Take this quiz to test your knowledge of Pop's. 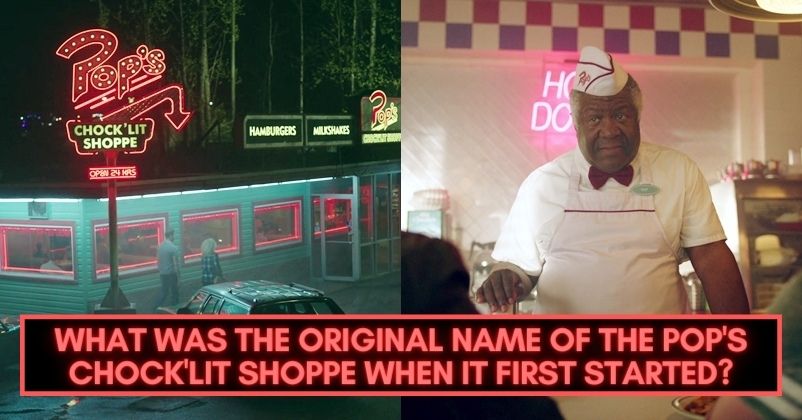