Home TV How Well Do You Know The Angel Amenadiel From Lucifer?

Welcome back to Humor Nation. We were introduced to this angel right in the pilot episode. The eldest of the God & Goddess children who played a crucial role on the show. He would visit Earth from time to time to convince Lucifer to return back to Hell instead of spending time on Earth. What Lucifer didn’t know was that God tasked Amenadiel to bless Penelope Decker, to help her and John in having a child. His blessing resulted in the birth of Chloe Decker, the detective, who would later cross paths with Lucifer and the only human in the universe who could make the devil vulnerable.

In 2013, Lucifer permanently decides to leave hell for good and arrives on Earth to live there permanently. Again Amenadiel returned to earth to make his brother return to hell to restore the balance in the universe. In his quest to make Lucifer return, Amenadiel crossed various limits such as he resurrected a criminal named Malcolm to kill Lucifer, however this backfired as Malcolm had his own plans. Ultimately Amenadiel joined forces with Lucifer in dealing with Malcolm. When Lucifer died and was resurrected by God, he would allow Lucifer to stay on Earth.

As the time passed, Amenadiel got to learn and know more about the humans and this resulted in a change of heart as he grew closer to humans, formed friendships with them. Even his relationship with Lucifer progressed and became much warmer. He would then get into a relationship with Dr. Linda Martin and their love resulted in the birth of Charlie, the first Nephilim in the Universe. While in the comics, he played the role of an antagonist, who despises Lucifer and wants to kill him, but in the TV adaptation it’s different.

So Take This Quiz And Find Out How Well Do You Know The Angel Amenadiel From Lucifer?

How Well Do You Know The Angel Amenadiel From Lucifer?

This quiz is to test your knowledge about the angel Amenadiel from Lucifer! 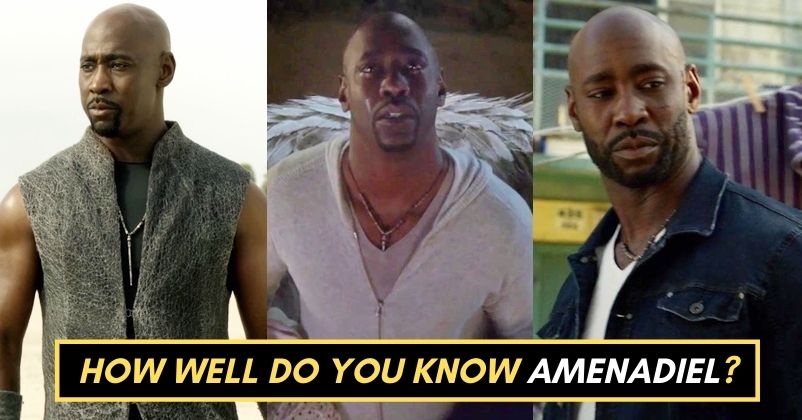 Find Out If You Will Survive In Supernatural Universe Or Not

Find Out Which Supernatural Villain Are You?

Was It Damon Or Stefan? Only A True TVD Fan Can...