Humor Nation Make The World Smile
Home TV How Well Do You Know The Cast Of Lucifer?

Welcome back to Humor Nation. Over the course of five seasons, Lucifer has featured plenty of story-lines, some received acclaim from the fans while some were downright rejected. One of such story-lines was the relationship between Dan and Ella, it felt forced and out of place. Ella who works as the forensic expert in LAPD shared a kiss with Dan and they both hooked up. But then they decide to end their relationship in the name of professionalism. It didn’t make any sense. The showrunners were running out of ideas and decided to pursue this story, but what’s worst was they dropped it suddenly. Pairing up the random couples was unrequired. The cast of Lucifer has done an amazing job in keeping us captivated with their performances. We have grown to love them over the course of five seasons.

Another forced relationship was the demon Maze and the angel Amenadiel. She got physical with Lucifer’s brother, but then rejected him, even though she still had feelings for him. Their relationship didn’t contribute any bit to the plot. What’s annoying is that Maze herself walked out of the relationship, but got mad when Amenadiel and Linda started dating behind her back. Linda and Amenadiel shared a genuine chemistry and bond.

Maze is one character who’s always been vulnerable to manipulation. First it was Pierce who tricked her in doing his bidding. In Season 5, she was persuaded by Michael to work with her against Lucifer in exchange for a soul. What’s funny is that she doesn’t have a soul and yet she feels so strongly, she regrets, feels sad, and mad. Her character was rational and smart in the first season, it’s lazy writing to not let her use her head.

So Take This Quiz And Find Out How Well Do You Know The Cast Of Lucifer?

How Well Do You Know The Cast Of Lucifer?

So you are a fan of 'Lucifer'? Think you know the actors really well? Take this quiz and put your cast knowledge to use!! 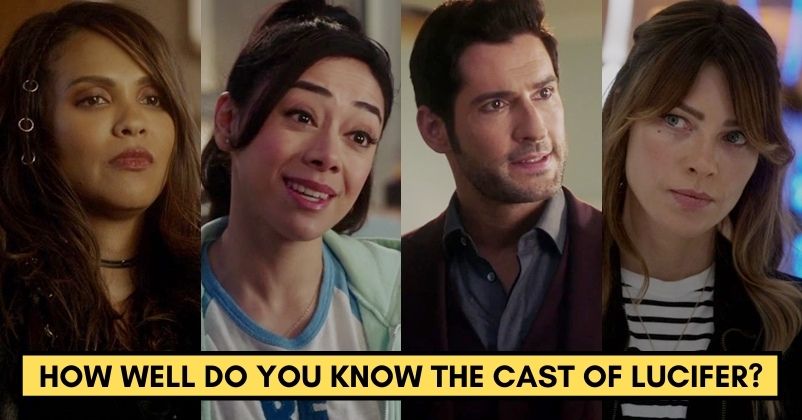