Humor Nation Make The World Smile
Home TV How Well Do You Know The Episode Titles Of Lucifer?

Welcome back to Humor Nation. Lucifer is an amazing show which keeps entertaining the fans. Second part of season 5 will air soon. Of course, no show is perfect, it has some flaws, mistakes, and continuity errors. Lucifer is no different, despite having great cast, amazing story-lines, surprising twists, there have been numerous things that haven’t been explained by the creators of the show. For example, we see the devil and a demon walking on the earth. They are not exactly human, right? But we have not been explained about their anatomy.

LUCIFER QUIZ: Who Am I? Identify Me With Few Clues

Lucifer’s trustful ally Mazikeen is beautiful. Her body is perfect and every man would go crazy over it. We were told that demons have no soul. So if Mazikeen gets killed on earth, Maze will straight go to Hell. She cannot possess any other human, take a new body. So does that mean that this is Mazikeen’s real body? Her actual true form, created in God’s image? But then again according to Bible, these Demons in no way look any similar to the humans. We even saw her creepy face, but still it resembled to a human like face.

We have never seen Lucifer short on the cash, he always has the money to throw around parties, offer it to the not-so-innocent robbers. Surely he’s the owner of a 5-star LUX which makes him the income. The club is the highlight of the LA and makes him plenty of profits. But that brings us the question how did he manage to acquire a capital to open such a luxury business as LUX? And what about Lucifer’s identity, does he has a SSN? How did he manage to get such an endless cash supply? We also came to know that his lease was actually written on an underwear with a lipstick! BUT HOW?

So Take This Quiz And Find Out How Well Do You Know The Episode Titles Of Lucifer?

Think you are a passionate Lucifer fan and are well aware of all the seasons and episodes, then take this quiz. 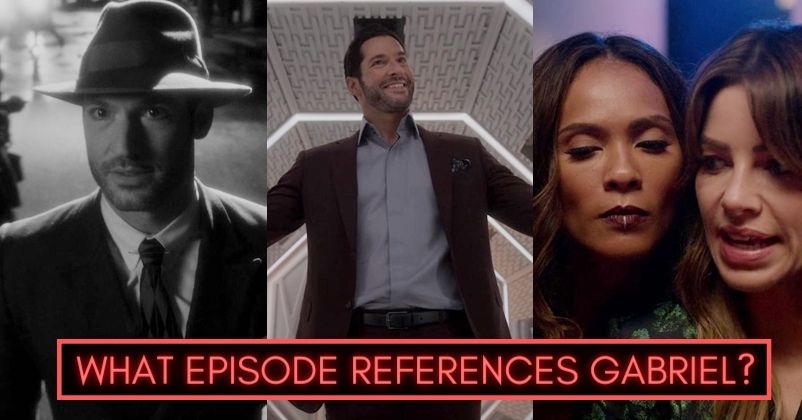