Humor Nation Make The World Smile
Home TV How Well Do You Know The Characters Of Supernatural?

Welcome back to Humor Nation. In Supernatural, Sam and Dean Winchester are the human hunters who made it their life’s aim to rescue the innocent, fight the evil, and do all they can to make this world a better place. Through the hunter’s training they received from their father, along with the aid of Bobby Singer and the angel Castiel, they fight the monsters that lurk in the darkness. In Season 8, the Knight of Hell ‘Abaddon’ made her first appearance. She is the responsible for the demise of the love of Cain’s life. Cain mentored Abaddon, he would sit on the sidelines after losing his love until Dean reached out to him to take up the mark. Abaddon is also responsible for the demise of the Men of the Letters. It was because of her that Henry Winchester, father of John ended up in the future from the year 1958. Henry would never back in his time as he sacrificed himself while fighting alongside his grandsons.

SPN QUIZ: Can You Identify All The Supernatural Characters?

Speaking of demons, it would be unfair to not mention Meg Masters and Ruby. While Azazel, the yellow-eyed demon has been the fundamental part of the earlier seasons. Both Meg and Ruby played a crucial role especially in the Kripke’s Arc (Season 1-5). The true name of the demon is unknown, but she became known as Meg Masters which is the name of the vessel she first possessed. Nicki Aycox played the role of Meg Masters. But due to the change in the storylines, Rachel Miner would take upon the role in Season 5 while retaining the name ‘Meg’ for the demon.

The demon first appeared in Season 1 when she befriends Sam Winchester, but he comes to realize that she is not who she pretends to be. She is eventually captured and sent back to underworld by the boys. In Season 2, Meg again appears, but in her demonic form and she ends up possessing Sam Winchester. Although Nicki showed interest in reprising the role, but Kripke went ahead with casting Rachel Miner. In Season 4, Nicki played the ghost of the human named Meg Masters who resurfaces after a seal was broken. But when the Witnesses were raised using a spell, it turned her ghost into a vengeful one. So it wouldn’t make sense to have the same actor replaying the role of the demon ‘Meg’.

While the show featured supernatural creatures of different species. The show featured the character of God too in the form of Chuck Shurley. Chuck wrote SPN novels under the pen name of Carver Edlund. The boys then learn that he is actually a Prophet, but little did he know that he is the Lord himself. It was in the closing minutes of Season 5 that the viewers become truly aware that Chuck is God. But the Winchesters learn about the identity of Chuck in Season 11 when he reveals himself to the Winchesters and join forces with them.

So Take A Look At How Well Do You Know The Characters Of Supernatural?

How Well Do You Know The Supernatural Characters?

Test your knowledge of the Supernatural Characters by taking this quiz and answering the questions related to SPN Characters. 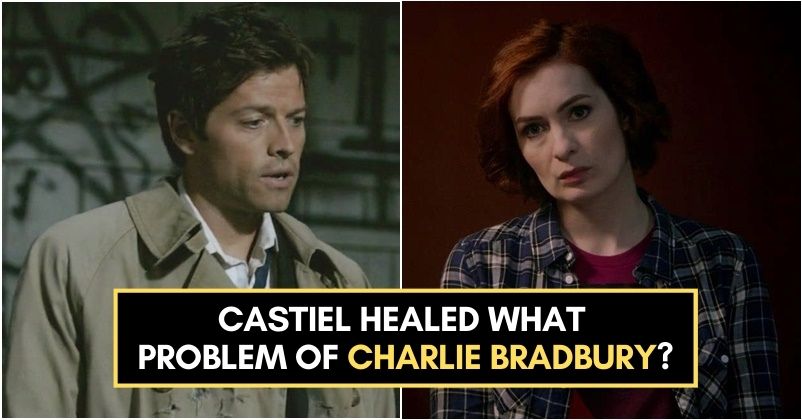