Humor Nation Make The World Smile
Home TV LUCIFER QUIZ: Who Am I? Identify Me With Few Clues

Welcome back to Humor Nation. Lucifer has come a long way since its first season. The epic love story has also evolved a lot which proves us how great the story-telling has been, the characters have also evolved, grown, and undergone a drastic change compared to when they were first introduced. Some of these changes are very obvious, some not so much.

The biggest character development has been experienced by Lucifer around whom the entire show revolves. From a self-centered king of hell to a humane person who cares about people around him. Even though his character has plenty of flaws, but his tale of redemption has been second to none. In the finale of Season 4 when he made his biggest sacrifice by returning to Hell and leaving behind Chloe, the love of his life, we witnessed that Lucifer has come a long way.

Some would argue that it’s Mazikeen who has the best character development on the show. When we first saw her, she was obeying the orders of Lucifer, wanted to return to hell, but her time on earth changed her. She became an independent person instead of relying others. Even though she still works and helps Lucifer, but she has got her own life now. She formed brilliant friendships with Linda and Trixie. Her journey has been easy at all. She experienced plenty of struggles especially when people she considered friends lied to her such as Lucifer who didn’t tell her the truth about her mother. Or when Linda and Amenadiel were dating each other behind her back. She experienced plenty of hurt due to it, but still she managed her emotions.

LUCIFER QUIZ: Who Am I? Identify Me With Few Clues

Try to figure out your favorite or not favorite characters with just three short descriptions of them! Can you do it? 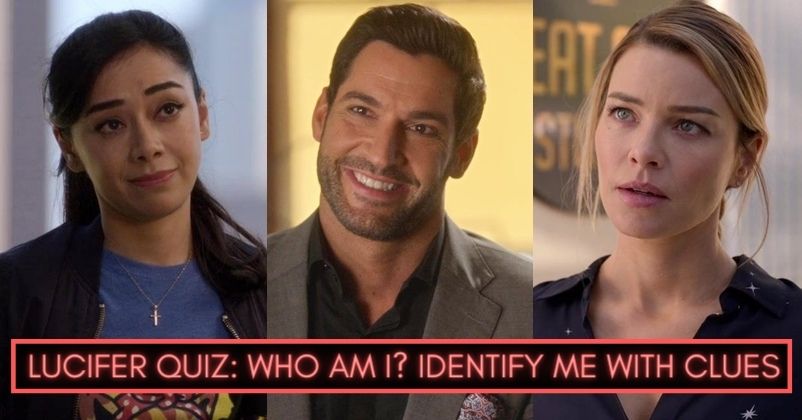