Humor Nation Make The World Smile
Home TV How Well Do You Know The Girls From TVD?

Welcome back to Humor Nation. TVD has so many amazing characters. The show featured many interesting female characters who were strong and independent, and became an inspiration for the viewers. These female characters went through a lot over the course of 8 seasons. Take for example, the character of Caroline Forbes. Before she was transformed into a vampire, she was a girl who was full of insecurities and this often resulted her being extremely competitive with Elena Gilbert.

There are many good qualities that the viewers can learn from the character of Caroline Forbes. The strength and determination which she displayed in the show is inspiring. She has always been very loyal and protective of her friends and loved ones. Caroline has a kind, loving, and sensitive nature. But it wasn’t always like that, in the beginning, she was very insecure and neurotic. This resulted in her becoming an overachiever, creating many complexities and flaws in her character which she overcame as the show progressed.

One of the most warm-hearted, optimistic, sweet, bubbly, and fun loving characters on the show is Bonnie Bennett. She also displayed a caring, loving, loyal, and trusting character towards her friends. As the show went on, her character suffered numerous griefs and losses which made her serious and more mature. Despite of all the pain and hardships, she chose to remain strong in the face of all the difficulties and dangers. Countless times, we have seen Bonnie putting her happiness and well-being at risk just for the needs and safety of her loved ones.

So Take This Quiz And Find Out How Well Do You Know The Girls From TVD?

How Well Do You Know The Girls From TVD?

Think you know everything about TVD? Today's quiz will check your knowledge about the beautiful and amazing female characters from TVD. So let's get started! 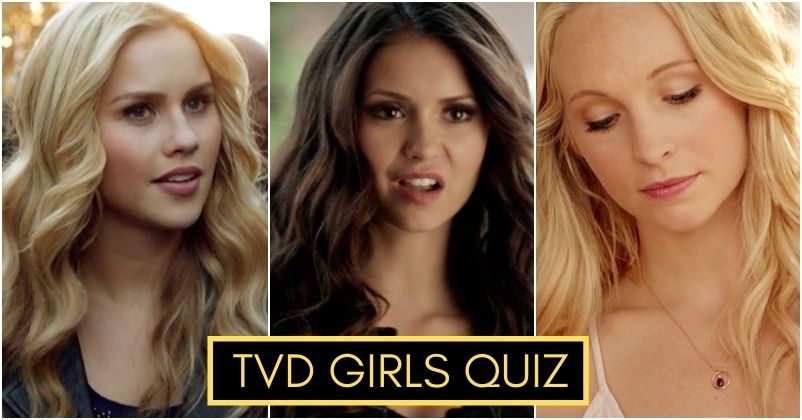