Humor Nation Make The World Smile
Home TV How Well Do You Know The Relationship Between Klaus & Elijah Mikaelson?

Welcome back to Humor Nation. While the Vampire Diaries focused on the brotherly bond of the Salvatore brothers who fought each other like dogs, but came through for each other when it needed the most. In Season 2, we were introduced to Klaus and Elijah, the half-brothers who shared a similar strained relationship. Ultimately, it was Originals which did justice to their brotherly bond, it explained about their backstory and all the experiences they have shared together. While out of all the siblings, Elijah always stood by the side of Klaus, chased his redemption like a mad man. Klaus has pushed him away numerous times, hurt him by killing his lovers or daggered him, but he remained loyal. Elijah always believed that Klaus can be redeemed.

When Klaus learns that the witches in New Orleans are plotting against him, he arrives in New Orleans to find answers. Elijah follows him to the city where he learns about the pregnancy of Hayley and sees it as a chance to redeem his family. While Klaus is reluctant at first, but he ultimately agrees with his brother. However, Klaus’ priority was to rule New Orleans and he therefore daggers Elijah and gifts him to Marcel. Elijah would find his way out of Marcel’s captivity and discover the real mission of the witch Sophie. The Mikaelsons would unite to fight the witches who tried killing Hope.

Their relationship improved drastically while they deal with Esther and Finn who returned to cause havoc. However, their bond would be damaged when Elijah daggered Klaus and allowed Hayley to go far away with Hope. As a result, Klaus would kill his lover Gia to exact revenge. But despite their differences, they would reunite again to defeat their aunt Dahlia. Elijah would leave Klaus’ side after he condemned Hayley to stay in the wolf form.

With the arrival of the Trinity in the town, the brothers would be forced to work together in order to discover the real intentions of Lucien and Tristan. During the Season 3, Klaus finds out from Aurora that it was Elijah whose compulsion caused her to say hurtful things to Klaus. Klaus and Elijah managed to take down Tristan, Aurora, and Lucien. But the reckless action of Elijah transformed Marcel into beast who made the prophecy come true.

So Take This Quiz And Find Out How Well Do You Know The Relationship Between Klaus & Elijah Mikaelson?

How Well Do You Know The Relationship Between Klaus & Elijah Mikaelson?

The brotherly bond between Klaus and Elijah Mikaelson is one of the important things in 'The Originals'. They both always had each others' back. Take this quiz to test your knowledge of it. 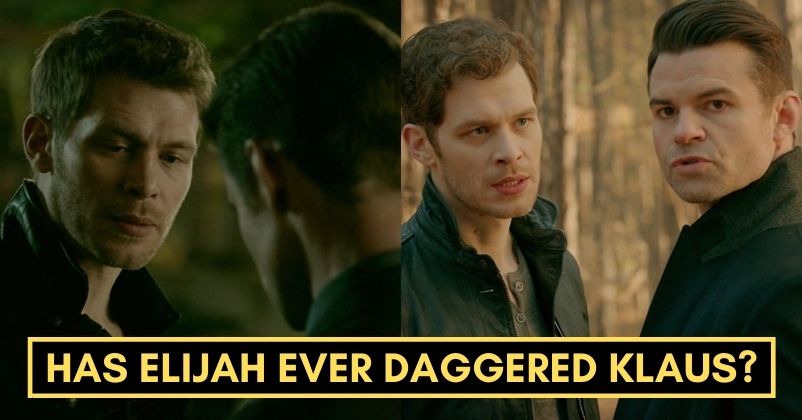