Humor Nation Make The World Smile
Home TV How Well Do You Know The Relationships Of Jughead Jones?

Welcome back to Humor Nation. Throughout the show, Jughead Jones has been involved with numerous women. While for the majority of the show, it seemed like Bughead would be the endgame. Both Betty Cooper and Jughead Jones seemed like a perfect fit, with their common interests and a strong sense of Justice, they grew closer while working on the school newspaper Blue and Gold, and uncovering the murder of Jason Blossom. They would then go on to expose various scandals lying dormant in the Riverdale’s Belly. Even though this love story between the Northside Perfect Girl and the Southside Bad Boy seemed to good to be true. But it wasn’t easy for them, they had to overcome several odds, they even had a few breakups, but they got back together.

Their relationship experienced major bumps such as when Black Hood forced Betty to end hher love affair with Jughead or when Jughead found out about the kiss that happened between Betty and Archie, and almost ended the relationship.

In Season 5, after being separated from Betty, Jughead would get into a living relationship with Jessica while trying to build his professional career as a writer. However, when things didn’t go as planned, he returned back to Riverdale where he became a busboy at the Pop’s. As the Pop Tate retired, leaving the control and ownership of Pop’s to her grand daughter Tabitha Tate who planned to run it proudly. During this time, she developed a friendship with Jughead as both of them became fascinated with the mystery of the Mothmen. Their investigation led to them bonding a lot and would eventually get into a romantic relationship.

So when Jughead went missing, Tabitha sought the help of Betty in finding the disappeared Jughead. They would come across the manuscript of Jughead and searched for clues. However, when Jughead Jones dropped a message to Tabitha telling her that he is fine, they would call of the search. Tabitha would return the favor to Betty for her help by helping her in stopping the Highway Killer. Jughead who returned back to Riverdale dealt with his issues and joined forces with the girls in taking down the Highway Killer and uncovering the Mothmen mystery. Also, do let us know who do you ship Jughead with?

So Take This Quiz And Find Out How Well Do You Know The Relationships Of Jughead Jones?

Think you are a crazy fan of Riverdale, think you know Jughead really well? Then take this quiz. 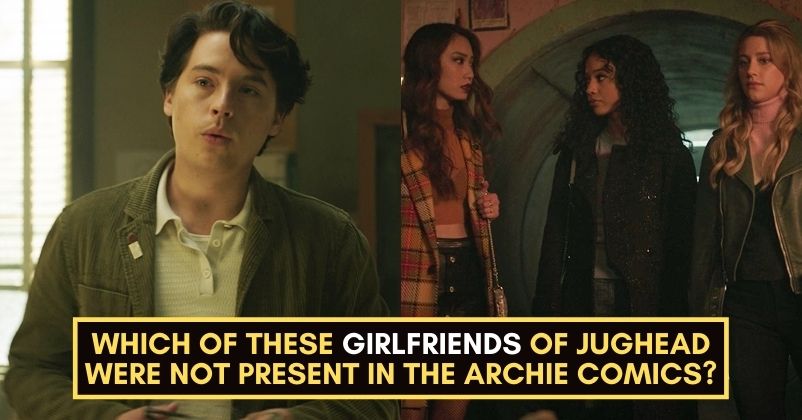