Humor Nation Make The World Smile
Home Quiz How Well Do You Maze From Lucifer? For True Mazikeen Fans

Welcome to Humor Nation. Lucifer arrived to Earth alone and when he decided that he wants to spend his time on earth, and retire from his duties of hell. He asked for a favor from Constantine to get Maze out of the hell. Mazikeen AKA Maze has served Lucifer for eons, she has taken care of him and done all his bidding. After arriving on the earth, she took care of the LUX and worked as a bartender while Lucifer was busy entertaining himself. Initially, Maze wanted to return to hell because she didn’t fit in among the humans. Lucifer’s brother Amenadiel also wanted Lucifer to go back, he tried manipulating Maze. Mazikeen made her first friend in the form of Trixie who came to the LUX after she ran from the home.

After the events of Season 1, Maze decides to leaves Lucifer and create her own separate identity. She ends up sharing an apartment with Chloe Decker who decided to move out of her old house. The demon ends up becoming a bounty hunter as she is skilled in combat and can easily hunt down humans using her specific set of skills. In Season 3, however, Maze after growing tired ofthe human drama desires to return to hell, but Lucifer won’t go because of his love for Chloe. She helps Cain without realizing the consequences of her actions.

In Season 4, Maze develops a crush on Eve who returned to Earth to be with Lucifer. Eve doesn’t reciprocate and Maze is left devastated. After Eve ends up unleashing demons on earth, she decides to go away to search for herself. Eve would also become a bounty hunter because she enjoyed her adventures with Maze. The two would eventually cross paths again in Season 5. This time Eve would confess her feelings and Maze would accept her.

By Season 6, Mazikeen was all set to become the Queen of Hell as Lucifer would soon ascend the throne of God after winning the celestial war. However, Mazikeen would have second thoughts as she doesn’t want to leave behind her life on earth. She would eventually give up the idea. Also, hell would no longer need a warden as Lucifer becomes a healer to help the lost souls.

So Let’s Take A Look At The Quiz And Find Out How Well Do You Maze From Lucifer?

How Well Do You Maze From Lucifer?

Just how much do you know about the “Hell’s most brutal torturer”. Check your knowledge! 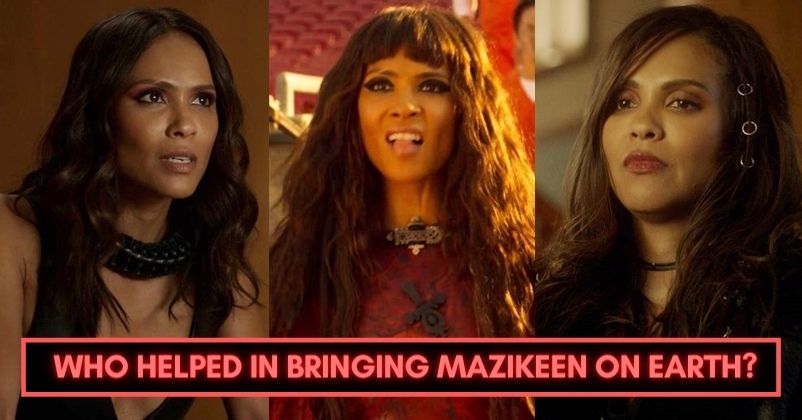