Humor Nation Make The World Smile
Home TV How Well Do You Remember Season 1 Of Supernatural?

Welcome back to Humor Nation. The pilot of the Supernatural started with Mary Winchester walked into the Sam’s crib, only to find a yellow eyed demon doing something strange to her child. The yellow eyed demon burns Mary and John runs outside the house along with his sons. This incident set John Winchester on a path to seek revenge, in his journey he would discover the truth of the Supernatural world. He would also train his children into this life. Fast forward to the present time, the brothers are far apart. The younger Sam Winchester had chosen a different path for himself and moved out. Season 1 of the show was produced by WB. The show would later move on the CW Network.

Dean visits him and asks him to help him in searching for their missing father. The boys together set out on adventure in which they encounter a vengeful spirit, but they manage to take it out. However, by the end of the episode, the familiar yellow-eyed demon again inserts himself in the life of Sam and causes the death of his girlfriend. A distraught Sam joins Dean to search for their missing father and face together all sorts of Supernatural. Sam is again pulled back into the same world which he desperately tried escaping.

The brothers would use their father’s hunter journal to search for clues which could explain where he would be. They would also come across Bobby Singer, an old friend of John who would later serve as a father figure to the boys. As the boys travel through different cities and provinces, they encounter different sorts of Supernatural creatures such as Wendigos, Shapeshifters, Reapers, and by the end of the Season 1, they come face to face with the demons. Sam and Dean are reunited with John who explains to them about colt and his life’s mission, to hunt and kill Azazel, the prince of hell who is responsible for the demise of Mary.

The yellow eyed demon proves to be too smart and too powerful. He possesses John Winchester in the finale episode and causes a fatal crash which puts Dean in a coma.  This forces a desperate John to strike a deal with the demon to bring back Dean in exchange for his soul and colt.

So Take This Quiz And Find Out How Well Do You Remember Season 1 Of Supernatural?

How Well Do You Remember Season 1 Of Supernatural?

So you think you are a big fan of Supernatural and remember every tiny detail about all the seasons? Take this quiz and check your knowledge about the Season 1 of Supernatural. 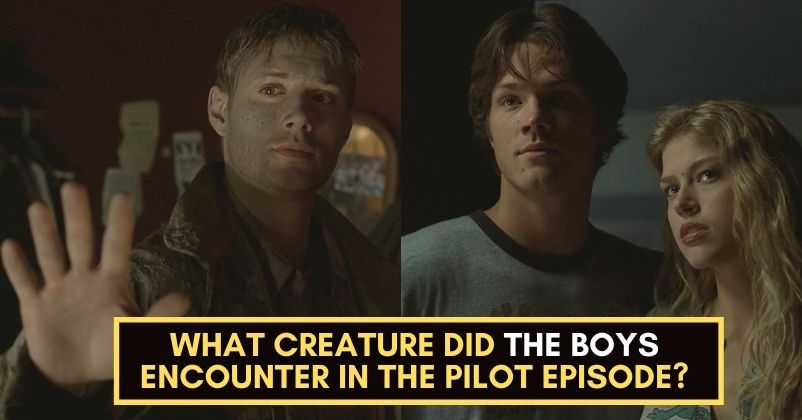