Humor Nation Make The World Smile
Home TV How Well Do You Remember The Crossovers Between TVD & The Originals?

Welcome back to Humor Nation. The success of TVD spanwed ‘The Originals’ which focused on Klaus Mikaelson as he finds out that he’ll be a father and the importance of his unborn child for his family. The Originals revolved mainly around the Mikaelsons as they try to regain their dominion again. Whereas the second spin-off of ‘TVD’ titled ‘Legacies’ revolved around Hope Mikaelson as she enrolls in the Salvatore School for the Young and the Gifted. There have been many crossovers between these shows. A crossover episode can be defined as an episode which features the combination of two or more shows, it combines the characters, universe or different settings into the episode.

Who Said It: A Supernatural Character Or A TVD Character?

The twentieth episode of TVD titled ‘The Originals’ served as the backdoor pilot for the spin-off ‘The Originals’. We see Klaus Mikaelson returning to his former home of New Orleans at the suggestion of Katherine Pierce to find a witch. He comes across his former Protege Marcel whom Klaus once rescued and gave him the vampiric life. Marcel is now ruling the New Orleans with fist. Klaus comes across the witches of French Quarter and learns that they are plotting against Marcel to overthrow him. The witches plan to use the werewolf Hayley Marshall for this purpose, Hayley is also carrying the child of Klaus. Elijah also arrives to help out Klaus and convinces Klaus to stay in New Orleans.

Many TVD characters have made their appearance on ‘The Originals’. The seventh episode of season 1 of Originals titled ‘Bloodletting’ which sees Tyler Lockwood making his debut on the show. Tyler kidnaps his former bestfriend Hayley Marshall who is carrying the baby of Klaus. Tyler wants to test a prophecy that he learned about the Klaus and Hayley’s baby. He tells Hayley that the baby can create Hybrids and Klaus wants to use the child to create an army of hybrids.

So Take This Quiz And Find Out How Well Do You Remember The Crossovers Between TVD & The Originals?

How Well Do You Remember The Crossovers Between TVD & The Originals?

There have been many crossovers in the TVD Universe which featured the characters from TVD and The Originals crossing paths. Take this quiz to test your knowledge of the crossover episodes. 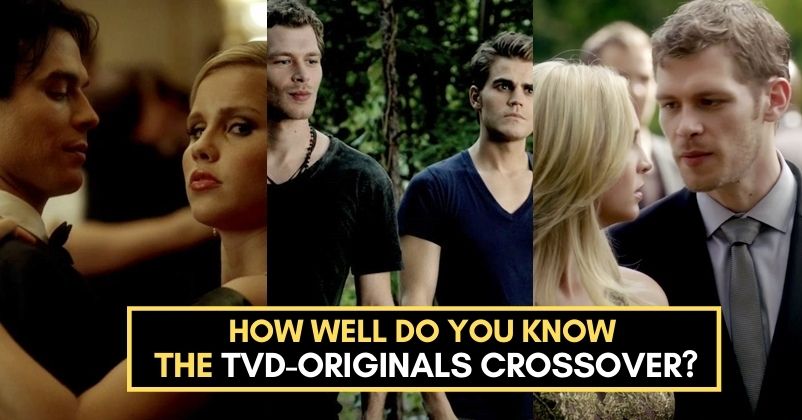