Humor Nation Make The World Smile
Home TV How Well Do You Remember The Important Moments Of Delena From TVD?

Welcome back to Humor Nation. Delena turned out to be endgame of the Vampire Diaries. After witnessing the chemistry and tension between Elena and Damon in their first scene, it became quite evident that these two are made for each other. Even though the writers brought them together organically while respecting the character of Stefan. Elena found herself puzzled in a love triangle, confused as to which brother she should choose. But when Delena finally happened, the fans rejoiced. Through out the eight seasons, there have been numerous Delena moments that solidfy why this couple deserved to be the endgame.

Perhaps one of the earliest and the unofficial moment of this couple came when Damon decided to partner Elena for the dance after Stefan found himself being driven crazy by his blood hunger. Elena was stood up, but the elder Salvatore decided to step up and save the day. They danced together and it was nothing short of beautiful. This wasn’t the only time this couple would dance together. There have been numerous scenes where Damon and Elena danced, but the most memorable after the Miss Mystic Falls Pageant is their final dance in Season 6 finale. This was the last moment they shared together before Elena would be trapped in a coma due to Kai.

Another unofficial Delena moment came in Season 2 finale. Damon who was bitten by Tyler and as we know the werewolf bite is fatal to vampires. It starts killing him slowly. The only cure is the blood of a Hybrid. Elena tries comforting Damon and they two end up sharing a kiss. Stefan would agree to obey Klaus’ orders in exchange for his hybrid blood.

Damon Salvatore didn’t want to be a vampire, but Stefan forced the choice on him. But after becoming a vampire, he started enjoying the new life because it gave him all sorts of amazing powers and abilities. He wouldn’t wanna be a human again as he’s used to this lifestyle, but the love of Elena makes him confess that he wants to be human again. Eventually the elder Salvatore became a human and lived his life with Elena like a normal couple. Isn’t it awesome?

So Take This Quiz And Find Out How Well Do You Know The Important Moments Of Delena From TVD?

Are You A True Delena Fan? Take This Quiz And Find Out

Are you team Delena or team Stelena? We hope you're team Delena because this quiz is made for the fans of Elena and Damon. If you think you're a hardcore fan then go ahead and prove it by taking the quiz. 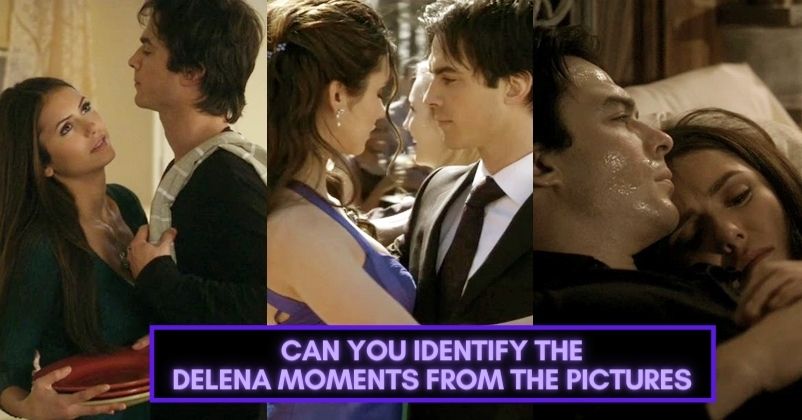