Humor Nation Make The World Smile
Home Quiz How Well Do You Remember The Pilot Episode Of Lucifer?

Welcome back to Humor Nation. The pilot episode is where it all started. Lucifer has left hell and has arrived in Los Angeles to led a more entertaining life. But a murder of his friend gets him entangled with a LAPD detective whom he finds interesting. Lucifer works with Chloe to punish the guilty. The pilot episode is pretty important as it decided the fate of the show. Nonetheless, the pilot episode was received favorably by the shows and it also made Lucifer what it become. Actually the original premise involved Lucifer making deals as a devil, but after witnessing the reception of the pilot episode which took the approach of a police procedural drama. The creators decided to change the setting of the show.

The episode starts with a musician named Delilah, a friend of Lucifer who rose to the fame with the help of Lucifer’s favor. She is doing well in her new life, but she is shot at LUX. Lucifer is enraged with the tragic demise of her friend and vows to punish the guilty party. Detective Chloe Decker is assigned the case and she interacts with Lucifer who becomes fascinated with her because his charm and powers don’t work on her.

Many viewers might not know this, but there are actually two version of the pilot episode. In the Original pilot that was aired at the Comic Con, the role of Dan Espinoza has been played by Nicholas Gonzalez, but he was later replaced by Kevin Alejandro in the modified pilot episode who would go on to play Dan in the rest of the series.

Lucifer and Chloe work together, managed to find out the killer of Delilah. Chloe is injured in the line of the duty. The ex-fiance and record producer of Delilah, Jimmy Barnes is the culprit who with the help of a drug dealer had Delilah killed. He did it in order to increase up the sales of her records and thus gaining the loyalty. Lucifer horrified him with his devil face as a punishment for killing the innocent. Ever since he saw the true face of Lucifer, he went crazy and shouted to Chloe that Lucifer is the devil when she visited her.

So Take The Quiz And Find Out How Well Do You Remember The Pilot Episode Of Lucifer?

How Well Do You Remember The Pilot Episode Of Lucifer?

It has been almost 4 years since the Lucifer pilot aired. Take this quiz and test how well do you remember the pilot. 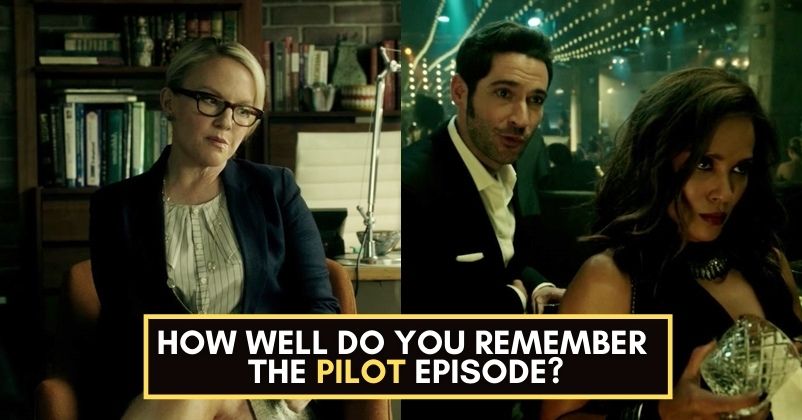