Home TV How Well Do You Remember The Season 5 Of Riverdale?

Welcome back to Humor Nation. Season 5 of Riverdale premiered on 20 January 2021 and it consisted of 19 episodes. The episode starts with the mystery of Auteur which is being investigated by Betty and Jughead. While Archie is presented with an opportunity to be into the Army if he could get pass another potential candidate in a boxing match.

After finding out from the Ghoulie who burned the Pop’s that Hiram is one who planned it. The town decides that it’s time to settle the score with Hiram for once and all. Veronica and Archie take Hiram on the outskirts of Riverdale and tells him that he is exiled. The gang has the footage of Hiram Lodge killing Vito in the hospital, Reggie managed to get the footage from Hermosa. The group tells Hiram that they won’t hand over the footage to FBI if Hiram decides to walk away. All his properties will be sold to rebuild a new Riverdale. However, Hiram wouldn’t simply walk away. He had his plans in motion. As the episode ends, we see Archie and Betty who are decisive this time to try an actual relationship. They get to bed to start making love, but Archie who hears a sound looks under his bed to find a time bomb planted.

While Jughead who had to battle the addiction issues this season gets a second chance to be back on track after Riverdale High Principal Weatherbee offers her a chance to restart the college newspaper Blue and Gold. He asks Jughead to take the supervision and become the Editor. Jughead tells his team of the students that the new name of the newspaper will be ‘Riverdale Choice’ which will always report the news in an unbiased manner.

The final episode of Riverdale concluded several stories and tied many ends. The episode begins with Jughead speaking how the gang is barely managing to survive in the Riverdale. Archie and Betty meet at the Wyrm where Archie informs her about his breakup with Veronica. After being separated for seven years, they both have changed. Even after Chad is no longer in the picture, but Veronica never came to Riverdale, she belongs in New York whereas Archie will remain committed to Riverdale in making it a better town. He plans on reopening his father’s Andrew Construction again.

So Take This Quiz And Find Out How Well Do You Remember The Season 5 Of Riverdale?

How Well Do You Remember The Season 5 Of Riverdale?

So you think you are a big fan of Riverdale and remember every tiny detail about all the seasons? Take this quiz and check your knowledge about season 5 of Riverdale. 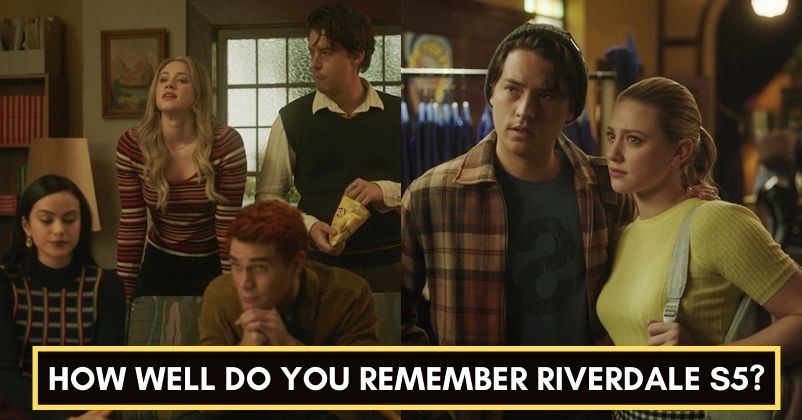 9 Actors And The Reasons Why They Left Supernatural

6 Worst Things Done By Salvatores That Prove They Are Not...