Welcome to Humor Nation. Elijah Mikaelson is the titular character of the TVD spin-off ‘Vampire Diaries’, he is the first Original Vampire to appear on the Vampire Diaries who initially started off as a villain, but would act as a hero by helping out the Mystic Falls Gang in fighting against his own brother Klaus. Elijah has been part of numerous relationships such as with Tatia, Celeste, Gia, Hayley among others. But when Elijah unintentionally ended up harming Tatia, due to his new vampirism, he was unable to control his hunger and impulses. He was so devastated by the incident that he took Tatia to his mother Esther. Esther convinced Elijah to forget the traumatic memory of the incident by burying it deep into his unconsciousness, a place that would become known as the ‘Red Door’. Since then, Elijah would always bury his conflicting, traumatic, or any experiences that could harm him. This would become his way of dealing with the terrors of being an Original Vampire.

Elijah and Klaus are brothers, but their relationship has been always complicated. Ever since they were kids, Elijah took it upon himself that it is his duty to protect Klaus. He considers it a failure that he was not able to stop their father Mikael from hurting Klaus. Elijah Mikaelson has been staked a couple of times by his brother Klaus, but he would always choose to stand by his brother’s side and be his shield.

Which Show Is It: Vampire Diaries Vs Originals Vs Legacies

Compared to all his siblings, Elijah is relatively a moral Vampire who is respectful and kind towards humans. While Klaus considers humans to be inferior to him and should be treated without any care, Elijah is different. He is also someone who values virtues in others, he would even complement his enemies. Elijah also values his word, he is popularly known as a man of his word who would always keep his promises.

Elijah has always tried his best to protect his family and keep it together, but in doing so, he ended up making things worse at times. In Season 3, when the prophecy of the fall of the Mikaelsons was dooming over their heads, Elijah ended up harming Marcel, believing him to be the ‘beast’ who would bring destruction to their family. But by doing so, he made the prophecy come true, his attack on Marcel enraged Marcel who was left with a feeling of betrayal by his own family.

Only A True Elijah Mikaelson Fan Can Complete These Quotes!

He is known as the honorable one. An Original Vampire who lives by his word and always keeps his promises. He dresses sharply and his mannerisms are elegant. He is Elijah Mikaelson. Take this quiz to test your knowledge of iconic quotes of Elijah Mikaelson. 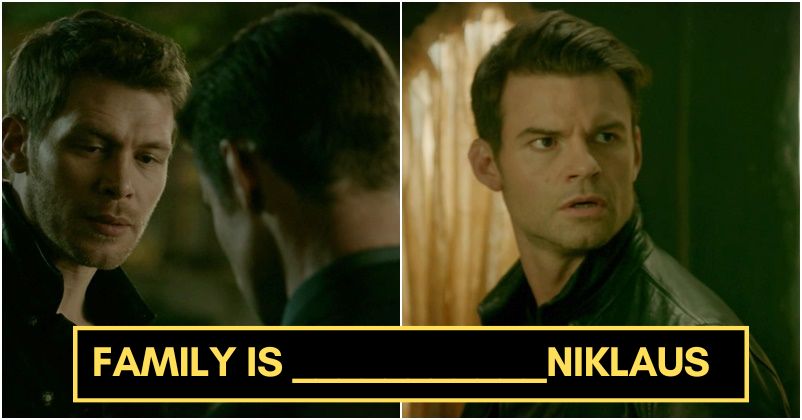