Home Quiz Riverdale Quiz: How Well Do You Remember Season 3?

Hello Readers! Welcome back to Humor Nation. Season 3 of Riverdale begins with the trial of Archie who has been arrested for a murder which he didn’t commit. He is sentenced, but makes a request to spend some time with his friends. Veronica Lodge confronts her father and asks him to get Archie out as he’s the one who framed him. While Betty deals with the problems at her house and Jughead takes the leadership of the Serpents.

Hiram orchestrated everything to get Archie out of the picture. This season also sees the arrival of a new mystery in the form of Gargoyle King, a mythical character based on the popular roleplay game. This character has started killing victims. Betty and Jughead tries uncovering the mystery of the Gargoyle King.

The finale of Season 3 saw Toni Topaz informing Penelope Blossom about the secret of Farm, but she doesn’t care about her daughter who is also trapped there. Later, we find Betty, Jughead, Archie, and Veronica at the dinner table at the Thistlehouse. Penelope is the host who informs that she is the one behind the demise of the nuns. She was the original member of the Midnight Club who played G&G and now she wants to exact revenge from their kids. Penelope calls out the Black Hood and the Gargoyle King. While Hal Cooper turns out to be the Black Hood who terrorized the town in Season 2. Jughead deduces that the Gargoyle King is Chic who was supposedly must have died at the hands of Black Hood after Betty gave him away.

Hal Cooper didn’t kill him and took Chic under his wing and groomed him because he felt related to the kid. Hal Cooper had an affair with Penelope, she was the one who manipulated him, motivated him to take up the mantle of the Black Hood. She forces the Riverdale gang to play the final task which is surviving the night. They will be tested. Betty learns from an Agent Smith that Alice was in fact undercover, FBI has been after Edgar for a long time, they needed evidence. Alice penetrated the Farm and provided them with the evidence necessary to arrest him.

So with that let’s start the quiz and see how much we remember this season. So let’s get started

Riverdale Quiz: How Well Do You Remember Season 3?

Take this Riverdale quiz and find out how well you remember season 3 of this show. 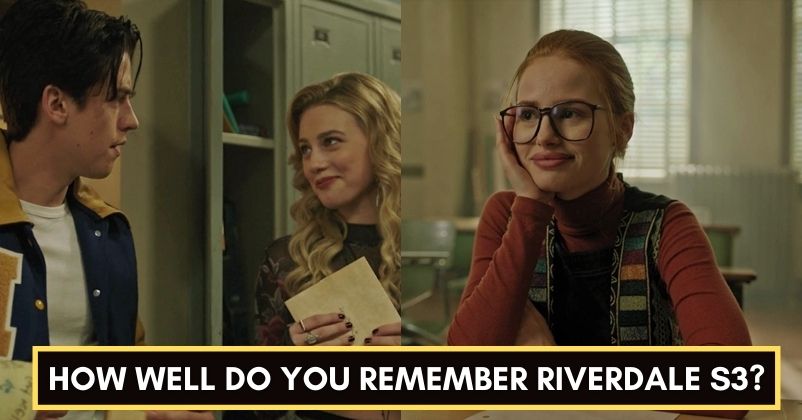 6 Interesting Facts About Stefan-Damon Salvatore Relationship That You Might Not...

Was It TVD or The Originals? Only A True Fan Can...

How Well Do You Know Sweet Pea From Riverdale?