Humor Nation Make The World Smile
Home TV The Originals Quiz: How Many Times Did I Die?

Welcome back to Humor Nation. Nobody is safe in the world of the Originals, not even the Originals. Yes, even the immortal vampires can die too. In the Vampire Diaries, we first saw Kol Mikaelson who was lying daggered by Klaus. In Season 4, he returned to prevent the uprising of the first immortal being Silas. This put him against everyone who wanted to procure the cure and raise Silas. Ultimately, he was staked by Jeremy. Which Originals Family Do You Belong To?

Kol made his return in the premiere episode of S2 of the Originals when his mother Esther raised him from the dead. Esther placed his soul inside the body of a witch named Kaleb. She resurrected him to aid in her purpose of making his siblings mortal again, but Kol being the wildest Mikaelson started pursuing his own agenda. His third death came when his brother Finn placed a hex on him. Luckily, Davina brought him in Season 3 using the power surge that was released when Klaus’ sireline was broken. By the end of the Originals, only Rebekah and Kol are left as the Original vampires as Elijah and Klaus died by staking each other.

Nobody could imagine Elijah dying, but the unthinkable happened when Hollow neutralized him, channeled him to gain strength, and ultimately Elijah’s death along with his sireline gave a power surge to Hollow to resurrect herself in Season 4. Luckily, Freya transferred his soul into her pendant and then raised him back to life. Elijah’s final death came when he decided to follow Klaus in his sacrifice to truly prove his vow of ‘Always and Forever’. Which death from the show hurt you the most? Let us know in the comments.

So Take This Originals Quiz And Find Out How Many Times Did These Originals Characters Died?

The Originals Quiz: How Many Times Did I Die?

The world of Originals is full of dangerous threats, nobody is safe in the city of New Orleans, not even the Originals. Almost every character on the show has experienced death once. Take this quiz to test your knowledge of Originals' deaths. 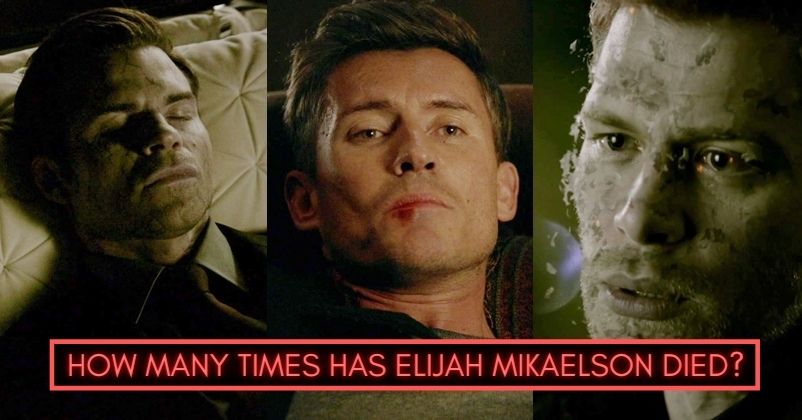