Home TV TVD Quiz: How Well Do You Remember Episode 1 Of Season 1?

Hello Readers! Welcome back to Humor Nation. The first episode of The Vampire Diaries was aired more than 10 years ago on 10th September 2009. It is so hard to believe that it has been that long since it premiered. The Vampire Diaries hold a special place in the hearts of the millions fa out there and they loved this show so much that after the completion of this series some other spin-offs were made so that the story continues with it. TVD was one of those supernatural dramas that was loved and the story was based on a novel by L.J. Smith.

The pilot episode opens with a scene where we witness two murders by an anonymous creature. The story follows the life of a young teenager girl named Elena Gilbert who is 17 years old and lives with her younger brother and aunt Jenna. She recently lost her parents and was coping up with it and the senior year of her school starts. She meets Bonnie her best friend and Caroline after that. The school was the first place where Elena and Stefan met for the first time and meanwhile we see some psychic energies surrounding Bonnie. Everyone is excited and especially Stefan’s arrival in the school excited everyone and especially Elena.

They soon start dating but little did Elena know who Stefan actually was. Then Damon’s arrival causes more problems in the town as his plans were different than Stefan’s and wanted something he waited for years. Things become very complicated as the truth starts unfolding itself and the truth about the town comes forward.

This was moreover the brief about the pilot episode and if you haven’t watched the show yet, then you must watch it before giving this quiz.

This quiz is especially for all those TVD lovers who miss the show too much. So come on, it is time to brush up some old memories, so let’s get started.

TVD Quiz: How Well Do You Remember Episode 1 Of Season 1?

It has been more than 10 years since the episode of The Vampire Diaries aired. But if you're a true fan then you won't fail in this quiz, so let's get started! 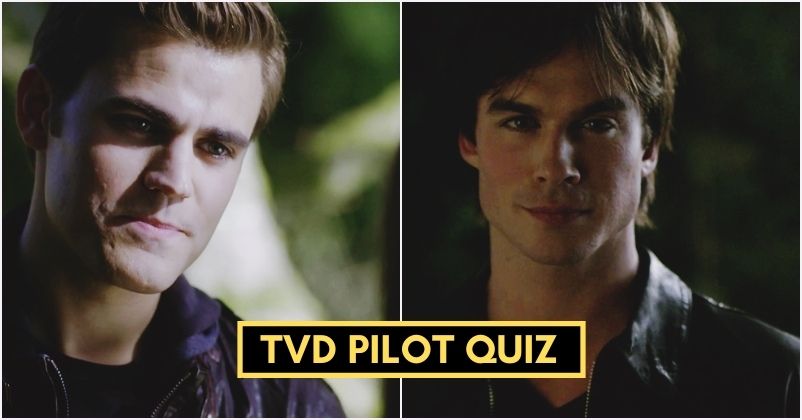 How Well Do You Remember The Pilot Episode Of Lucifer?

How Well Do You Know The Cast Of Teen Wolf?

TVD Deaths: Guess The TVD Episode In Which These Characters Died!

Was It Damon Or Stefan? Only A True TVD Fan Can...