Hello Readers! Welcome back to Humor Nation. Jeremy Gilbert is the adoptive cousin of Elena. He is the biological cousin of Elena Gilbert. The story began when he lost his parents died in a car accident and Elena managed to survive in that car crash. It was Stefan Salvatore who rescued Elena from the accident. Jeremy had a hard time dealing with the loss and in order to cope up with the loss, he started selling drugs. But after his girlfriend Vicki Donovan who supposedly died due to an overdose, he stopped it.

TVD Quiz: How Well Do You Remember Episode 1 Of Season 1?

Jeremy Gilbert overdosed on pills after losing his second girlfriend Anna. He drank human blood with the hope of becoming a vampire in order to switch off his humanity. But the vampire blood healed the damage of the pills and didn’t turn him into a vampire. He later was involved in a romantic relationship with Bonnie Bennett, Elena’s friend. But their relationship ended after she saw him kissing the ghost of Anna. At one point Klaus compelled Jeremy to stand in front of the speeding car. Elena feared for the safety of Jeremy and asked Damon to compel Jeremy to leave Mystic Falls and go and live in Denver.

Damon and Elena then learned that Klaus was on to him, he knows the location of Jeremy, and will bring him back. Following the death of Connor Jordan, it was revealed that Jeremy had become a Vampire Hunter and his membership was activated into the Five.

So Take This Quiz And Find Out How Well Do You Remember Jeremy Gilbert?

TVD Quiz: How Well Do You Remember Jeremy Gilbert?

Take this TVD quiz to see you well you observed each and every character from The Vampire Diaries. 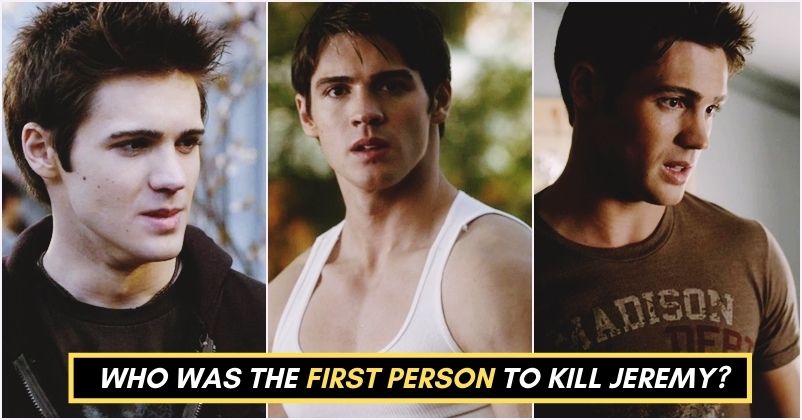 Best Of Ella Lopez Moments From The Lucifer

5 Interesting Things About The Hybrids That The Fans Might Not...