Welcome back to Humor Nation. The Originals Family was introduced on the Vampire Diaries with Elijah and Klaus, soon the rest of the siblings followed, and then their parents also appeared creating troubles for their kids. While each and every Mikaelson is unique in terms of their personality, while some share a few traits with each other. Like many would agree that the wildness and unpredictability of Klaus is quite similar to Kol Mikaelson, the wildest of them all.

But out of all the siblings, Finn Mikaelson was the black sheep. He never developed a meaningful with his siblings and he loathed being an Original Vampire. The only sibling he was close to was Freya who was taken by their aunt Dahlia and Esther told her family that she died of plague. The other siblings were small and believed the story their mother told them. Finn was closest to his mother and he was loyal to the extent that he was willing to sacrifice his life for her cause because he believed her intentions were true and right. All his other siblings disapproved his attitude and behavior. Finn was daggered close to 900 years. While Klaus undaggered the other siblings after a certain period of time, he left Finn remain undaggered because he disliked his mindset.

While Finn was the outcast, Kol Mikaelson always believed he was the black sheep of the family because he believed that his siblings never considered him as their brother, but more of a nuisance. He even took jealousy with Marcel who he believed was considered more of a family than him. His insecurity gave rise to his wildness and violent tendencies which earned him a more dangerous reputation than Klaus. Despite of their sibling rivalry, in the end when Finn died, Kol was equally devastated and said that hope his brother finds peace. Finn died due to the bite of Lucien who became the upgraded Original Vampire.

So Take This TVD Quiz And Find Out Whether It Was Kol Mikaelson Or Finn Mikaelson!

TVD Quiz: Was It Kol Mikaelson Or Finn Mikaelson?

While each and every Mikaelson is unique in terms of their personality, while some share a few traits with each other. Take this quiz to test your knowledge of Kol and Finn Mikaelson. 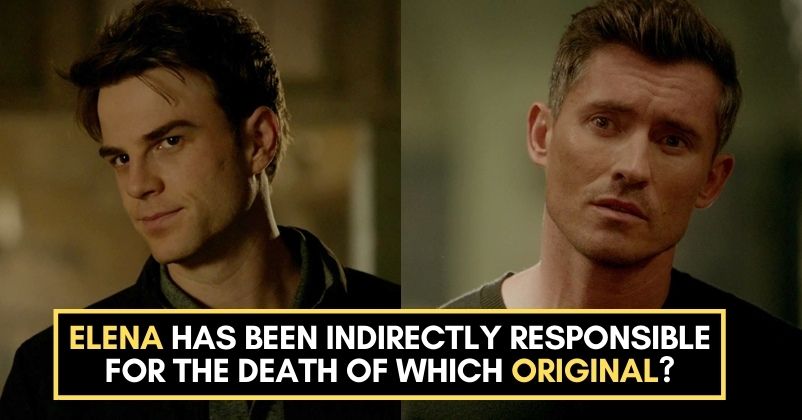