Welcome back to Humor Nation. Stefan Salvatore has been a part of numerous romantic ships, but Stelena and Stefarine are two of his best ships. Katherine Pierce who had been on a run from the Original Vampire Klaus Mikaelson arrived in Mystic Falls in 1864 where she fell in love with Stefan Salvatore while staying at the Salvatore mansion. While both the brothers contested for the affection of Katherine, it was clear that she had a preference for Stefan. However, Giuseppe managed to find out the truth about Katherine and she is ambushed while trying to escape. The Salvatore brothers are also shot, with having Katherine’s blood in their system, they wake up in transition. Katherine ultimately manages to escape with the help of George Lockwood. Katherine tells Stefan that she will see her again. They both not see other for the next 145 years.

5 Interesting Things About TVD ‘STELENA’ That Fans Might Not Know

During this time, Stefan becomes a Ripper when his vampiric urges and bloodlust get the better of him, he went on slaughtering people. While Katherine was in hiding from Klaus, but she kept tabs on Stefan. She even risked her life in 1920 when she secretly watched over Stefan in Chicago who was with the Originals. Before Katherine arrived in Mystic Falls, she already had set her plans in motion. When she learned about the escape of the Tomb Vampires, she provided the Gilbert Device to John to kill the vampires. After the chaos was settled, Katherine made her appearance when she pretended to be Elena and got inside the Gilbert house. She attacked John. The main purpose of her return was to supply Elena to Klaus so he could break his Hybrid curse and grant her the freedom.

As she would place her survival over anything else, her plans involved harm to Elena so she and Stefan became vampires. Their relationship improved when Katherine helped Stefan in overcoming his trauma of being locked in a safe and then when Katherine tried ending her life, Stefan rescued her. The two of them bonded again and helped each other. During this time, Stefan was recovering from the Elena breakup. Even thought Stefan couldn’t forgive her for all the things she did, but he showed kindness to Katherine on her last day. He helped her in finding peace during her last moments. Their romantic ship is known as Stefarine.

So Take This Quiz And Answer Whether It Was Stelena Or Stefarine?

Stefan Salvatore and Katherine Pierce has been in a complicated romantic relationship. They were lovers at one point, but then they shared an antagonistic relationship. However, their relationship improved in Season 5. Stefan and Elena hit off right from the moment they first met. 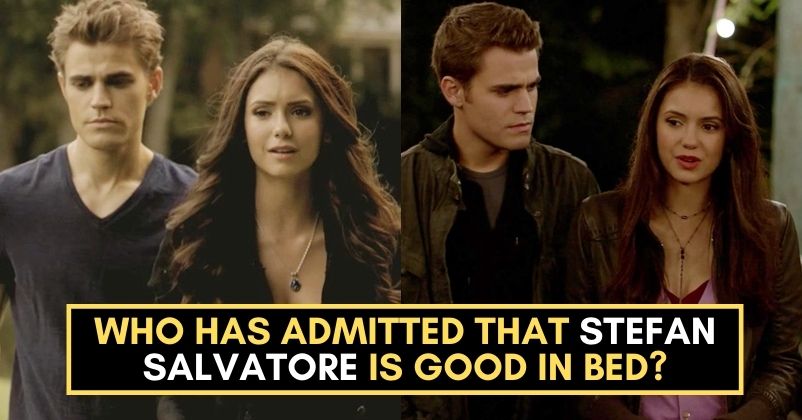